Beth takes on the London Paris Ride for the first time with two of her sons.

Beth was diagnosed with myeloma in March 2014 after experiencing extreme fatigue, back pain and nausea. She was rushed straight to the oncology department and was on the verge of kidney failure.

“I had two broken ribs caused by a number of holes in my bones. I was told that I risked spinal compression if I ran, rather than walked and that I wasn’t allowed to lift more than two kilos in weight.

“I spent three months undergoing chemotherapy in preparation of high-dose therapy and a stem-cell transplant.

“The hair-loss didn’t bother me; but the mouth sores and nausea after the treatment were difficult to bear.”

Beth has always been into sports, mainly scuba diving, golf and horse riding.

“I cycle two miles to work every day but haven’t done anything further than that.”

Living in a small country like Luxembourg, Beth says it is hard to find others also living with myeloma.

“Receiving support and advice from Myeloma UK has been extremely helpful. I probably called them three or four times in 2014 for advice on different topics and find the website to be a great source of information.

“I am taking on the ride as I would like to support Myeloma UK beyond my annual donation. The more money that’s raised to support new research, the more likely that new drugs will be developed to prolong my life and that of other patients.”

Beth will be joined by two of her sons, Mark, 32 and Nicholas, 31 who will be there for moral support and to help raise funds for Myeloma UK.

“Both the boys were born in Luxembourg, but Mark now lives and works in London, and Nicholas lives and works in New York; I am especially pleased that he will make the long journey over to be with me. It means an awful lot to me that they will both be there and I hope the others will join us in Paris on 8 September.

“Mark and my third son, Andrew, have planned a long weekend biking in the South of England from the 6- 9 April, as part of my training programme.”

Every time I am loath to go to the gym, I imagine myself cycling around the Arc de Triomphe.” Beth Collinge, patient and fundraiser 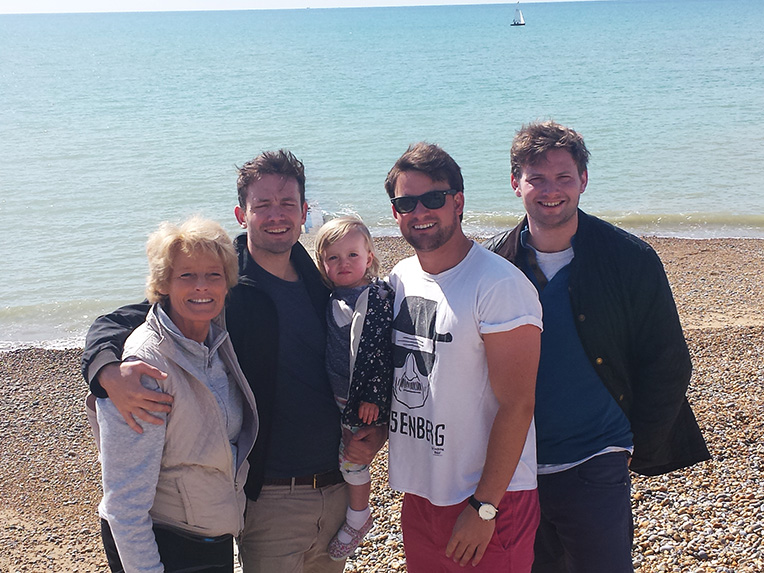 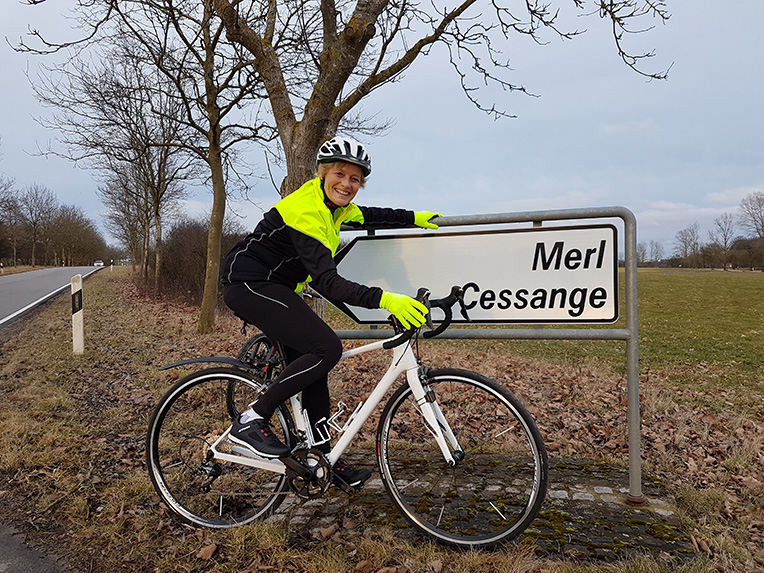