Bill Bedford from Crawley was diagnosed with myeloma in 2016. He took part in the London Paris Ride 2018 to help raise vital funds for myeloma research.

In September 2016 and at the age of 58, Bill was a fit and healthy man who had not long completed the London Marathon and was gearing up to take part in the Las Vegas half marathon. He’d just missed out on his sub four hour target thanks to a recurrent chest infection which impacted his training. Bill didn’t suspect however, that he might have myeloma.

“The reality was I’d been experiencing unfamiliar upper back pain when returning to my running after the London Marathon and a visit to an Osteopath had left me with excruciating pain in my sternum as well. This got progressively worse and combined with fatigue and generally feeling below par, had stopped my running, literally in its tracks.

“By the time of my emergency admission to hospital I was struggling to get in and out of the car or up and down stairs. Despite not knowing what myeloma was, the diagnosis came as a sort of relief.”

What followed for Bill was a whole host of complications which are common for myeloma patients, including vertebral crush fractures in the thoracic spine, bone lesions in the right pelvis and in the sternum. He was put on his first 16 weeks of chemotherapy the same week of his diagnosis and also had to wear a body brace. He also received his first stem cell transplant in March 2017.

“I have had the most amazing care and treatment from my Haemotology Consultant at East Surrey Hospital, the Royal Marsden Sutton transplant team and the Royal National Orthopaedic Hospital in Stanmore that continues still, and I am currently fortunate enough to be enjoying a period of remission.

“Throughout this dark, bewildering and frightening journey, Myeloma UK have been a constant companion with their informative publications and helpline whenever I or my partner have needed their help and support.

“That is why in September this year I will be cycling from London to Paris, with an amazing band of people, all of us riding to raise vital funds for Myeloma UK to ensure they are there for us and others going forward and to help in the search for a cure.”

If you would like to support Bill, visit his JustGiving page.

Life can change in the blink of an eye. Well that certainly rang true with me in September 2016, when I received the devastating news that I had myeloma.” 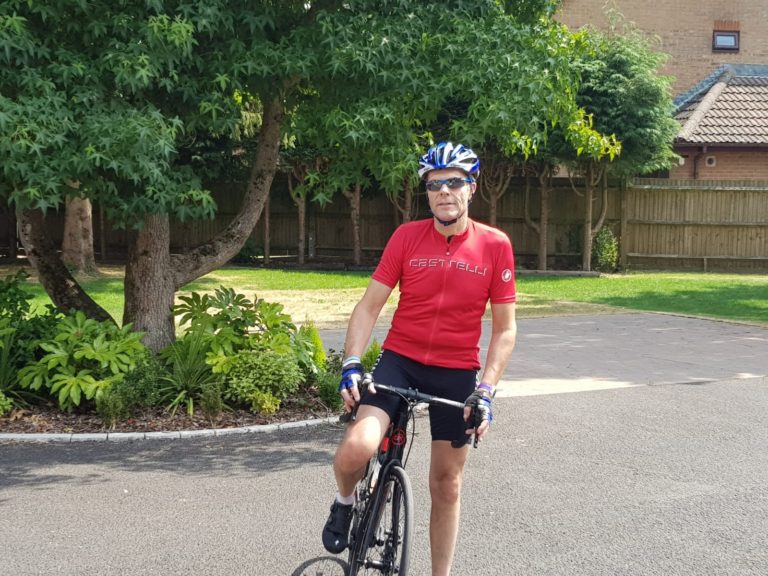 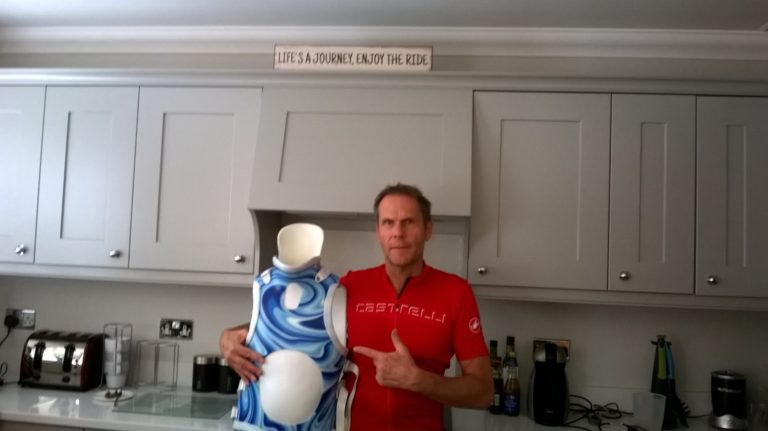