Meet Brad from Maryland, USA who will be taking part in the London to Paris Ride 2019 to help raise vital funds for Myeloma UK.

“I was diagnosed with myeloma in December 2016 and discovered Myeloma UK while researching to learn more about the disease and about the various organisations out there that contribute toward research, clinical trials, and finding a cure.

I’ve been a dedicated and passionate cyclist for the past 27 years, so when I found that Myeloma UK hosted the London to Paris ride; there was no question I had to do it. It has been a ride I’ve been targeting for the past two years. After my diagnosis in 2016, I spent all of 2017 being treated; culminating in an Autologous Stem Cell Transplant in December 2017 to which I had a very good response. 2018 was spent recovering from my transplant, rebuilding my immune system, and slowly rebuilding my endurance on the bike. I was back on my bike riding rollers in my basement three weeks after the transplant; albeit taking it VERY slow and easy. By the summer of 2018, I was able to get myself up to 45 mile road rides; but it was evident that it would take longer to get back to the level of fitness I had always enjoyed. I am hoping to continue building momentum throughout 2019 and having a goal such as the London to Paris ride is a perfect motivation.

As a cyclist, the Myeloma UK London to Paris ride is epic and represents a dream ride. As a myeloma patient, the funds generated toward research represent the hope for a cure. To combine the two, riding my bike to help find a cure for the disease that I have? Well, that’s easy math.

I have always enjoyed participating in organised 100-mile century rides. The training and preparation for me is the fun part. I enjoy the challenge of it. I try to average about five days per week on the bike; typically short rides in the morning before I’m off to work, then a long ride (2 hours or more) on the weekend. I have three long training circuits of 42, 53, and 75 miles for my weekend rides. I ride the 42- mile circuit for the most part to build my aerobic engine, but increase my mileage incrementally to the 53 and 75- mile circuits in the weeks leading up to an event and ride those several times each. I like to be over-prepared for an event ride to ensure that I have plenty in reserve for when the going gets tough and it’s time to dig deep.

I really feel that other supporters should sign up for the ride.  The ride sells itself. London to Paris? Cycling between two of the most beautiful and iconic cities in the world through the European countryside? Who wouldn’t want to do that? Add to that the proceeds generated from donations go to fund research toward finding a cure; well, that is the icing on the cake. The more funds that are generated, the sooner researchers can land on a cure. These are very exciting and promising times for myeloma research and progress seems to be advancing exponentially. Let’s take it across the finish line and make myeloma history!”

You can help Brad Moning raise money for Myeloma UK by donating directly to his fundraising page. 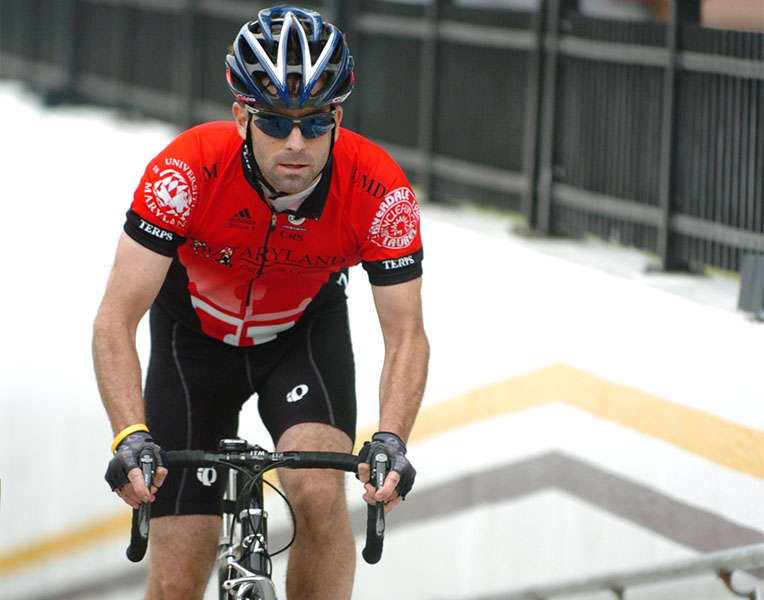 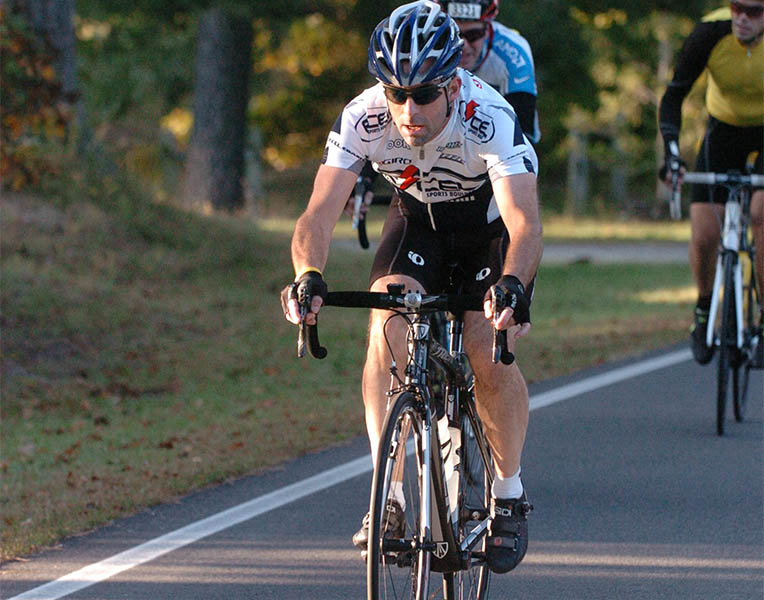