Relapsing myeloma patient Glyn Buckler, 55, from Warwickshire is to take on the ride with friend Jim Jolly – both will be riding vintage steel bikes all the way to Paris.

Glyn Buckler is a myeloma patient who says he made the decision to commit to the London Paris Ride after receiving news on a change in his myeloma from his doctor, “The newsletter email announcing the ride arrived in my inbox on the day I was told I was relapsing. I thought – well, I can either give up or I can focus on getting really fit so I am ready for whatever is ahead of me. Committing to the ride to Paris will give me the motivation to keep going.”

Since being diagnosed in 2013, Glyn has seen a substantial turnaround in his overall health, “In January 2013 I was in a very bad place. I was in serious pain and could barely walk, but I had no idea that I had myeloma. Thankfully, the wonders of modern medicine were able to gradually improve my situation until I could even think about riding from London to Paris. It’s absolutely remarkable really.”

“I had amazing treatment and support from the NHS but I also found Myeloma UK to be a fantastic resource of information. I am very supportive of Myeloma UK and I want to do anything I can to help them continue their important work in research, lobbying, advising and supporting patients and families.”

Since signing up for the ride Glyn has covered over 1,300 training miles, “I am certainly not as strong as I used to be in my youth but I am training pretty hard and I think I am improving. So long as I get to Paris I will be satisfied.”

He will be riding with his cycling partner and friend Jim Jolly, who also lives in Warwickshire, “Jim is an aficionado of heavy vintage bikes, and we will both be riding traditional steel framed bikes to Paris.”

Jim says, “Glyn’s experience of myeloma was my first real awareness of it. His optimistic approach has been such an inspiration so when he told me on the London Paris Ride, this seemed like a great way to support him.

“I’m also riding in memory of my Uncle Trefor. I recently found out, to my amazement, that my Uncle had cycled from Derby to Paris as a sixth former shortly after the war. I have never visited Paris so the thought of my young Uncle and then Glynn cycling to Paris made me want to do it, and seeing the place from a bike seat seemed the perfect way.”

Glyn is feeling slightly nervous as he counts down to May, “I am slightly apprehensive that I will make it all the way to Paris but I think that is probably a common feeling amongst the casual cyclists. I can imagine I’ll be a bit nervous at the start in Greenwich and I need to remember not to get over excited and rush off at a pace that I can’t sustain.”

Having already received some early donations from family and friends, Glyn is now turning his efforts to raising as much money as possible for Myeloma UK, “I have been humbled by the level of their contributions, which is another source of my motivation.”

You can support Glyn and Jim by visiting their JustGiving page.

I can either give up or I can focus on getting really fit so I am ready for whatever is ahead of me. Committing to ride to Paris will give me the motivation to keep going.” Glyn Buckler 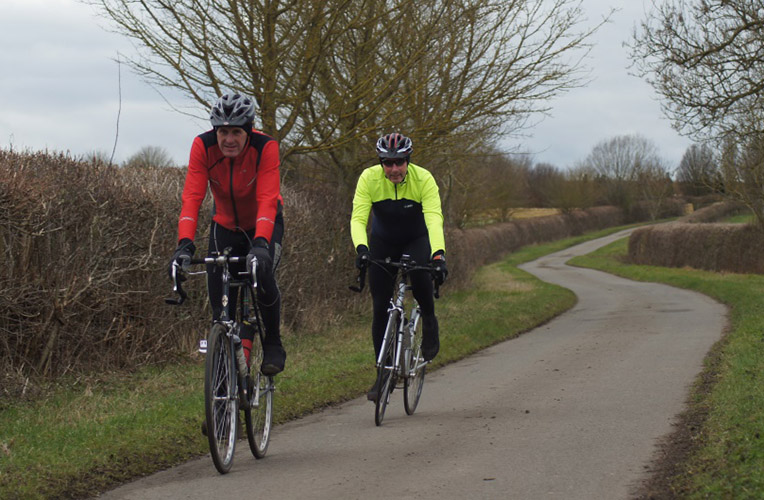 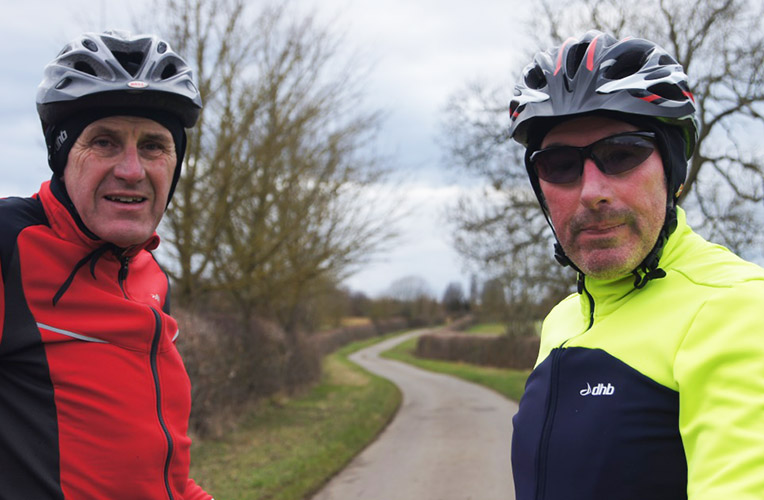 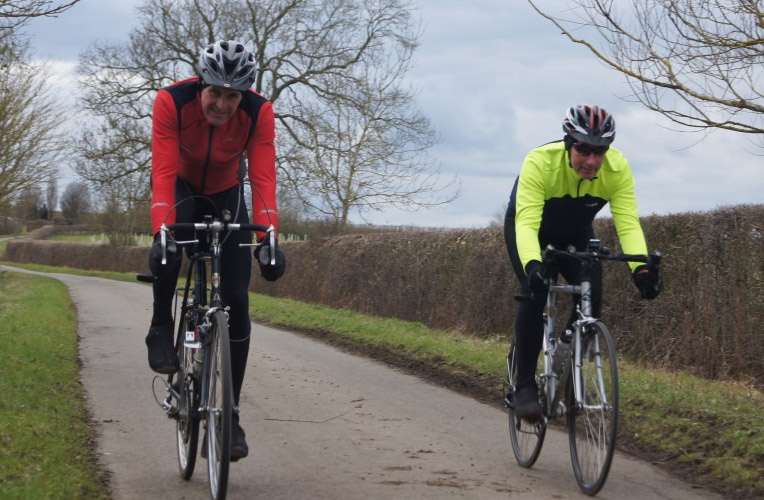