Iqbal Malik describes the impact myeloma has had on him as life changing, “My father passed away from myeloma in 2011. I was very close to my Dad and saw him go through three years worth of treatment including radiotherapy, chemotherapy and a spinal operation.

“I’m doing this in memory of my late father. He was a giving, spiritual and compassionate man who spent his life working in the third world, gaining clean drinking water supplies and sanitation. He made a difference and I would like to continue his legacy by helping others in my own small way.”

Amateur cyclist Iqbal will tackle the 500km journey with friend Paul Micallef-Eynaud, who is a General Haematologist. Iqbal explains, “I first met Paul through my work and we were colleagues. He then treated my father and he looked after him extremely well. We connected during my father’s treatment and have been good friends ever since.”

Paul added, “I have known Iqbal for about 10 years. He is such an affable and wonderful guy.

“When Iqbal’s father, who lived in Renfrewshire, was diagnosed, he approached me for advice and both Iqbal and his father were very happy for me to take over his management. I felt I did improve his father’s quality of life but, sadly due to other comorbidities, he passed away.”

Despite being amateurs, the pair are keen cyclists and have completed several sportive rides including the Etape Caledonia.

Paul continued, “When the London to Paris cycle was announced by Myeloma UK I thought this was a great opportunity to couple my love for cycling and my passion to help raise money for such a wonderful organisation. I know Myeloma UK CEO Eric Low personally and he is such a fantastic committed passionate individual.”

Iqbal is feeling the nerves for the ride already, “My training is picking up now after a slow start but I’m still way behind the game. The ride is fast approaching and I know I’ll definitely be nervous on the start line as I won’t know what to expect on the first day of cycling. It’s the fear of the unknown.”

You can support Iqbal and Paul by visiting their JustGiving pages.

I’m doing this in memory of my late father. He was a giving, spiritual and compassionate man. I would like to continue his legacy by helping others in my own small way.” Dr Iqbal Malik 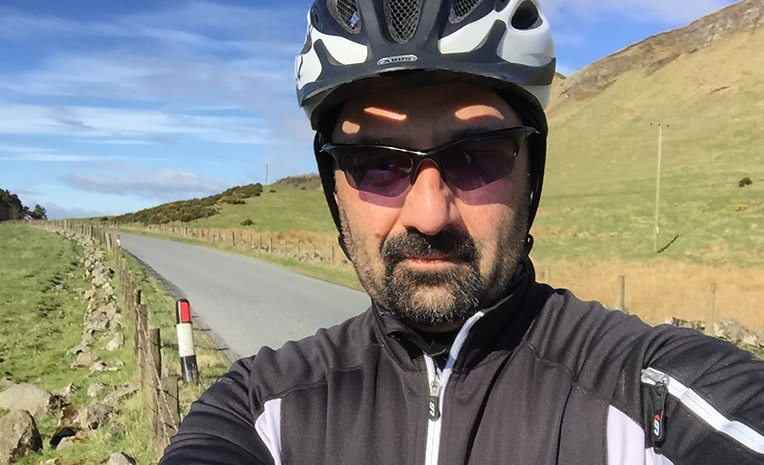 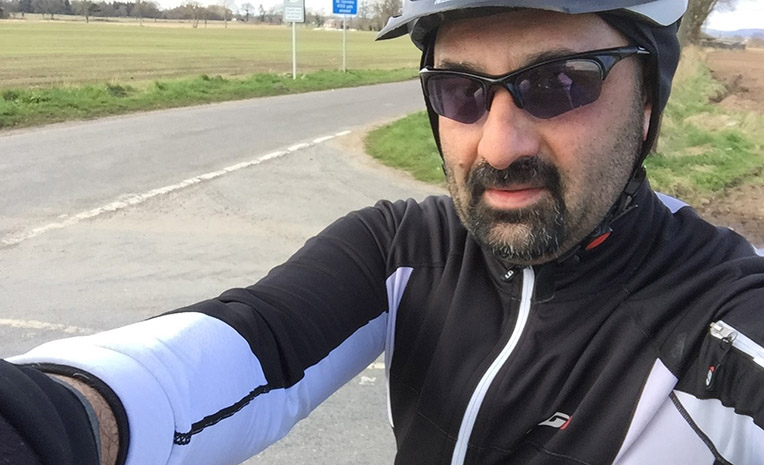