Matt Barker from Bedfordshire will finish his 500km ride in Paris on his 46th birthday and is riding to support his sister who has myeloma.

Matt Barker is looking forward to the challenge of the London Paris Ride. A former international runner, the 45 year old works as part of a small team of performance experts who help businesses and the public get the most out of life by thinking like an elite athlete.

The father of two signed up to show support to his sister Emma, who has been diagnosed with myeloma. “She’s younger than me, has three children and is a wonderful person. Myeloma isn’t fair or reasonable and if there’s something small I can do to help support Myeloma UK to do its work, then that’s the right thing to do.”

Despite performing on a few sportives previously, Matt admits he wishes he was further along in his training. “It’s not going as well as I’d like so far. I’m up to about 50 miles on my own at roughly the right kind of speed, but in the last couple of weeks I’ve upped the intensity and frequency of sessions on my turbo trainer. I’m lucky because I know what to do and I know I can do it. If I keep it up and get three or four long rides before early May then I know I will be fine.”

When it comes to fundraising, Matt has been blown away by the support for himself and his sister, “I was worried about raising my £1,500 target but I have been really touched and encouraged by the response of family, friends, colleagues and my customers. I’ve already managed to get to £2,300 so I’m now aiming to reach £3,000. Their generosity has been both humbling and motivating.”

I have been really touched and encouraged by the donation response of my family, friends and customers. Their generosity has been both humbling and motivating.” Matt Barker 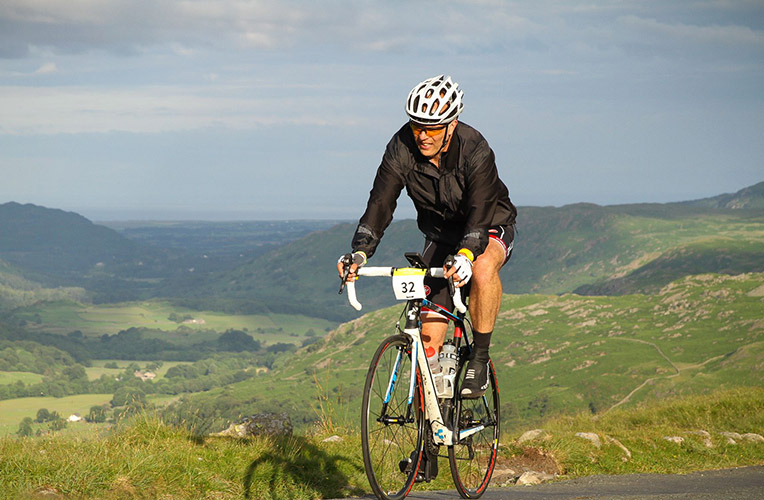