Meet Mindy from Salt Lake City, Utah, USA who will be taking part in the London to Paris Ride 2019 to help raise vital funds for Myeloma UK.

“I heard about Myeloma UK through a friend who was diagnosed with Multiple Myeloma in 2016. We were skiing in Canada and she occasionally complained of rib pain. She, of course, skied every day of the trip, the first one out and last one in. A few months later, it was found that her rib pain was due to multiple fractures caused by Multiple Myeloma. She subsequently underwent a stem cell transplant, intermittent chemotherapy and actually rode in the 2017 MUK, less than 1 year later. Amazing.

When my friend asked me if I would consider riding the Myeloma UK ride, I thought it was so cool to ride from one famous city to another in two different countries and for a good cause, so I said yes!

Now that’s the hard part. I am a bit overwhelmed by the extent of the ride. I am getting my bike “fitted” again, as well as a new comfortable seat and plan to get out there several times a week beginning in April. I have a training regimen that looks hard, but I figure I will slowly build up to big miles. My goal is to be fit enough to enjoy the ride each day.

From what I have heard the ride is exquisitely orchestrated. Everything is organized, the accommodations are nice, and the food is good, the support crew excellent. The ride sounds awesome, with not too much elevation gain, and it’s a great excuse to get in shape. Most importantly, if we can continue to find treatment and ultimately a cure for Multiple Myeloma, so many people will benefit. Especially my friend.”

You can help Mindy McAnulty raise money for Myeloma UK by donating directly to the Myeloma UK JustGiving fundraising page. 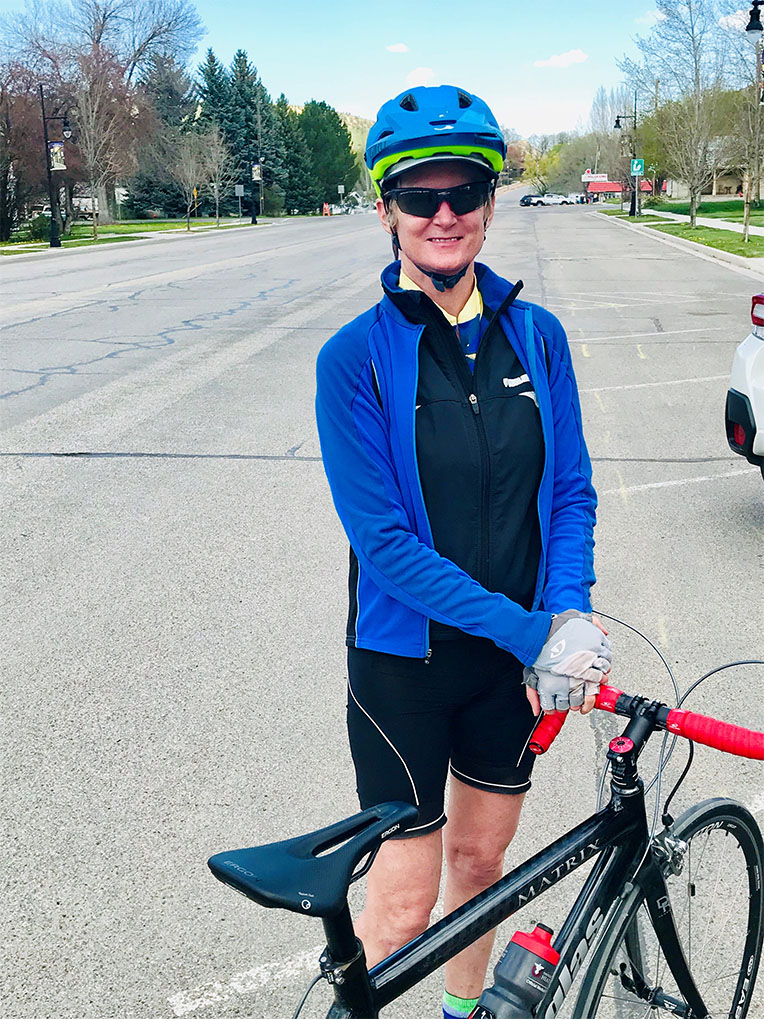