Michael was told he would never walk again. Now he’s taking on the Myeloma UK London Paris Ride for the second time.

In August 2013, Michael Tapley was rushed to Queen’s Hospital, Romford, after collapsing at home. He was paralysed from the abdomen down.

After a tumour was found on his spine, Michael, surrounded by his family, was told that it was probably cancer and that he would never walk again. A few days after the tumour was surgically removed, it was confirmed that Michael had myeloma.

“I was keen on my sports, ran marathons, played and coached squash and enjoyed a round of golf. The diagnosis was devastating and the prospect of not being able to walk again didn’t bare thinking about.”

Michael and his family didn’t give up, knowing that the cancer was manageable if incurable. His partner Nicola was very supportive and fought hard for Michael to be moved to Stanmore Hospital; a spinal recovery centre. With an even more supportive family surrounding him, including his children, Michael began the process of learning to walk again.

“I spent every day in the gym with my Chartered Physio, slowly but gradually becoming more upright and with more movement. After several months in a wheelchair I progressed to a frame then crutches and walking sticks and now, I am able to get around without any aid.”

Michael was back on his bike by late 2015, something that seemed impossible at the start of 2014.

“After my operation to remove a tumour from my spine it meant my running days were over as my legs and balance were comprised permanently. Cycling we found was a great alternative that we could do together. We needed a challenge to ensure we trained and it gave me the incentive to improve my fitness doing something that I thoroughly enjoyed with Nicola.

“I wanted to give something back, the treatment I have had from day one from the hospitals I have been in (Queens Romford, RNOH Stanmore and St Bartholomew’s where I am currently a patient and have just had my second stem cell transplant) has been first class. At St. Bartholomew’s I was offered to join the Myeloma Accord XII clinical trial for ixazomib which has so far been successful.

“Taking part in the Ride gave both my partner and I the opportunity to show our appreciation, raise awareness and put some money into the pot for myeloma research.”

Michael took part with his partner Nicola in 2017 and is returning to the London Paris Ride again in 2018.

“I had such an amazing experience last year. Crossing the finish line filled us with a lot of euphoria and pride. Being a part of such a worthwhile cause, it came home to Nicola and myself when we crossed the finished line. I can’t wait to do it all again in 2018.”

Nicola added, “I thought Mick was mad when he first suggested we ride London to Paris. The decision to take part was very emotional it made us reflect on how far we had come whilst training together gave us a positive focus and goal.

“The training allowed us to enjoy time together whilst getting fitter also fundraising allowed us to give a little back for the fantastic support we had received from all clinical staff. Mick may have myeloma but it does not define who is or what he can achieve.”

Inspired by Michael to take on the challenge? Find out more.

To see so many people and the delight they were going through was truly a special time.” Michael Tapley 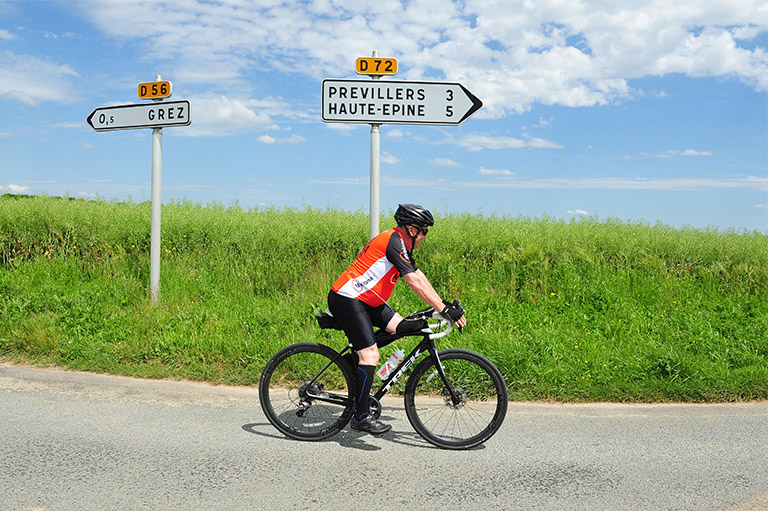 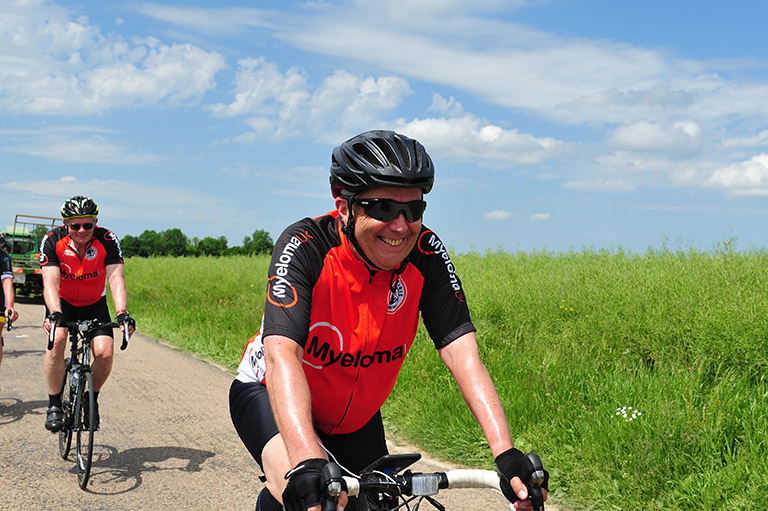 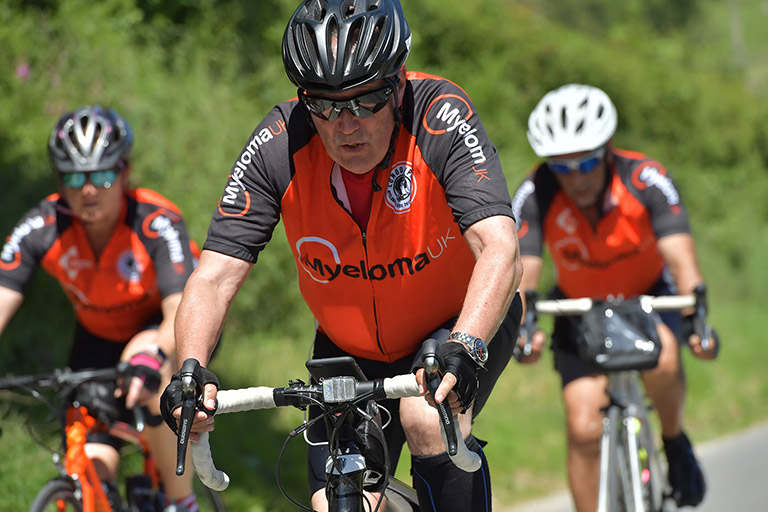