Former Head Teacher Steve Goddard is determined that while myeloma may change his life, it certainly won’t ruin it. So when he heard about the Myeloma UK London Paris Ride, Steve immediately grabbed hold of the unique opportunity.

Steve has already proved himself a successful fundraiser, having started an annual charity ball in 2012, and inspired friends and colleagues to contribute to or even start their own various fundraising campaigns. The next ball will be in October 2015, which will include raffle prizes donated by local businesses.

Summarising his motivation for continuing his fundraising efforts Steve said, “The more we can do to give to charities like Myeloma UK, the greater the benefits to patients and their families.”

Looking for a new fundraising challenge, it was a no-brainer for keen cyclist Steve to join the Myeloma UK London Paris Ride Team. Having been bitten by the biking bug already, Steve is building on his mountain biking skills with more road biking to prepare for the ride.

On the ride, Steve is most looking forward to the camaraderie among the cyclists and the support crew, and he expects his favourite moment to be riding under police escort in one big peloton up the Champs-Élysées.

Join Steve and be part of the experience.

The more we can do to give to charities like Myeloma UK, the greater the benefit to patients and their families.” Steve Goddard, patient, fundraiser and cyclist 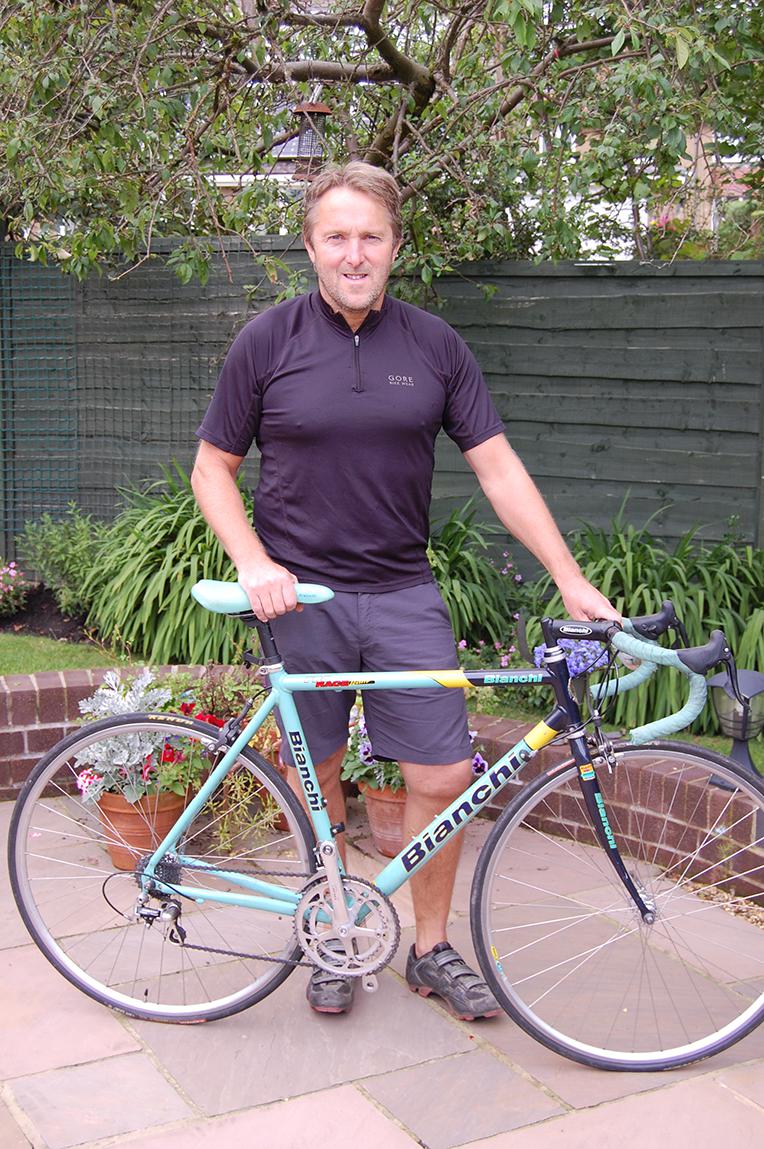