Myeloma nurse and patient take on London Paris Ride 2019 together.

Each rider’s motivation to sign up for the ride is different. Some riders have been directly affected by a myeloma diagnosis as a patient, family member or carer. Whereas others chose to sign up to support a worthwhile cause and raise vital funds for research. Everyone’s reason for signing up is unique but all riders share the same goal, to help make myeloma history.

For Sue Robb, a myeloma haematology nurse specialist, her inspiration for signing up for the ride was the courage shown by one of her patients, Paul Mellor who has signed up for the 2019 ride.

Paul was diagnosed with multiple myeloma, at the end of July 2017 and sees the ride as an opportunity to stay fit but also raise funds for Myeloma UK:

“Exercise was at the core of my recovery from the stem cell transplant, not least because it was linked to building strength in my arm which broke in early July 2017 and was the trigger for the myeloma diagnosis. After a year or so of progressive improvement, I reached a plateau in the second half of 2018 and with that, my motivation also waned. The London to Paris ride was the perfect opportunity to give me something new to focus on, to further build my fitness and in doing so support a magnificent cause. How could I refuse?

Everyone will have their own reasons for wanting to do something like this. It might include a desire to ‘give something back’ to Myeloma UK for the great work they have done and continue to do for myeloma patients, their friends and families. A London to Paris ride might be on your ‘bucket list’ and the support on the Myeloma UK ride is second to none. You might, like me, want a challenging goal to aim for, to build or maintain fitness, and The Ride does this brilliantly, and of course for a great cause. What’s not to like? My Nurse Specialist Sue Robb has been an inspiration to me and during my treatment, I’d mentioned the ride and how it would be great if she also decided to sign up too.”

With such an intriguing proposal Sue decided to look into the Ride for more information.

“I’ve known about the ride for a while, having seen it promoted in previous years and it’s always something I’ve been interested in doing one day. But it was only when I caught up with Paul at the Hospital, and he told me he was doing it, that I realised the time was now. I debated it in my head for a fortnight then signed up as I just thought to myself if he was doing it after having had such a tough year prior, then how could I not sign up?”

Upon hearing the news, an elated Paul realised he’d soon have a new training partner for The Ride:

“Sue has been part of my treatment and recovery journey for the last 18 months and I was chuffed to bits when she told me that she’d signed up. To have her ride alongside me as we enter Paris will truly be something special.”

Paul and Sue have stepped up their preparations and have trained together, and Paul’s support has been a real boost for Susan:

“It’s such a great feeling to know you are doing something so positive for a charity which is so patient focused. I really hope others feel the same and are inspired by myeloma patients to take part in the ride.”

It’s not too late to sign up for the Ride and if you as a patient, carer, health care professional or supporter would like to find out more information please contact us at ride@myeloma.org.uk 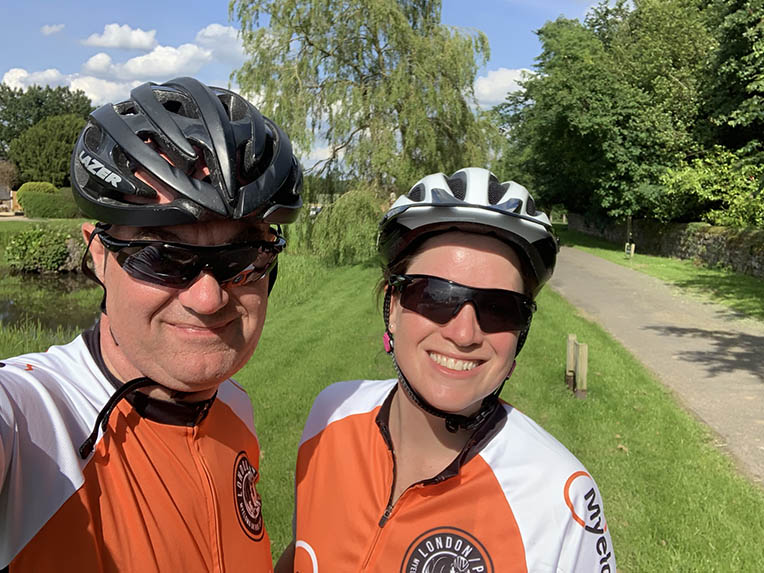 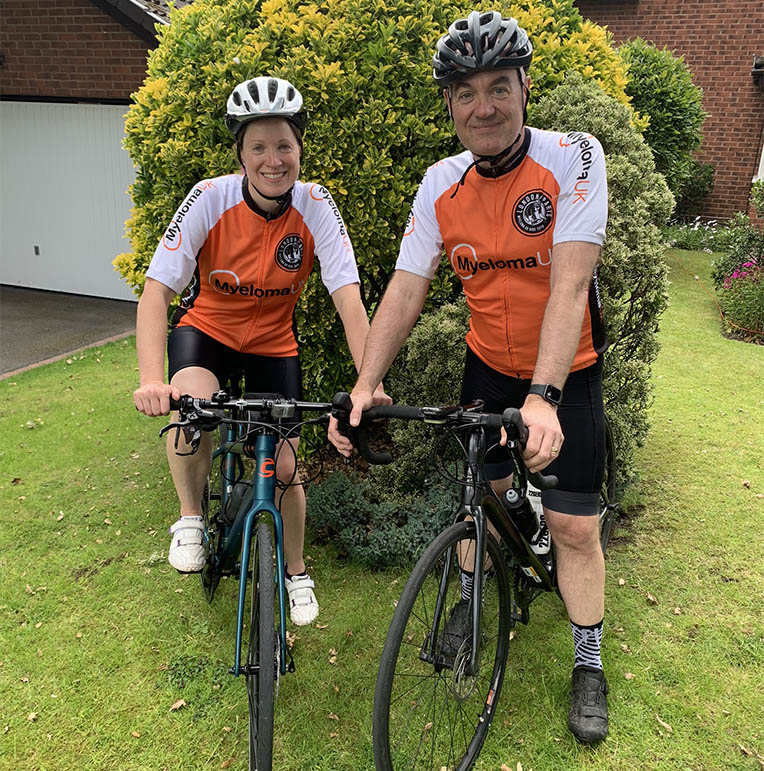 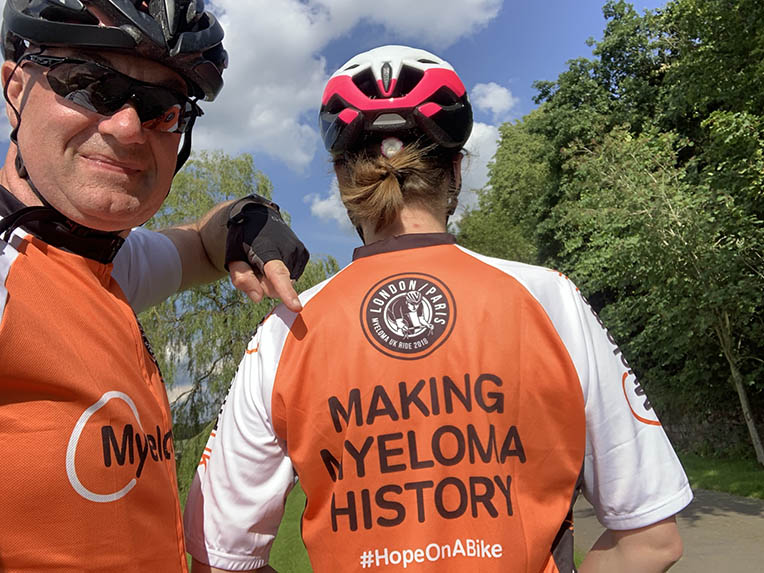