Toby Gosnall from Birmingham was diagnosed with myeloma in 2015 and underwent a stem cell transplant the following year. A self-confessed fitness addict, the 46 year old father of two was determined not to let his diagnosis stop him from doing what he loves.

As a way to raise money and also keep himself sane after his transplant, Toby decided to sign up and train for the Myeloma UK London Paris Ride 2017.

“Exercise helps to keep me sane and it actually helped with the fatigue I experienced after my transplant; better to be on a bike than falling asleep on the sofa.

“I wanted to raise money for Myeloma UK and the ride seemed like an excellent way to do that, given my sporting background. The ride gave me a focus – a reason to get out and enjoy miles on the bike, a chance to see the countryside and ride with my mates from my triathlon club.”

“The best thing about the 2017 Ride was meeting the other participants and hearing their reasons for taking part – it was inspirational and humbling. In the end I found passing the Arc de Triomphe incredibly emotional. We’d made it! All my new found friends and I had cycled to Paris.”

Toby enjoyed the experience so much that he decided to sign up for the 2018 Ride.

“There was a constant buzz which was incredible to be part of – and I couldn’t pass up the opportunity to be part of that again!”

Not content with just one challenge, Toby also decided to cycle Land’s End to John O’Groats (LEJOG). He said, “I wanted to raise money for Myeloma UK and I realise that the chances of raising significant funds doing the same thing  year-on-year is not going to happen – I needed to ‘up my game’.”

Toby cycled the length of the country, 960 miles over eight days, tackling all sorts of terrain. He said that preparing for both challenges was good fun.

Interested in following in Toby’s footsteps on the London Paris Ride? Find out more.

THERE WAS A CONSTANT BUZZ WHICH WAS INCREDIBLE TO BE A PART OF – AND I COULDN’T  PASS UP THE OPPORTUNITY TO BE PART OF THAT AGAIN!” 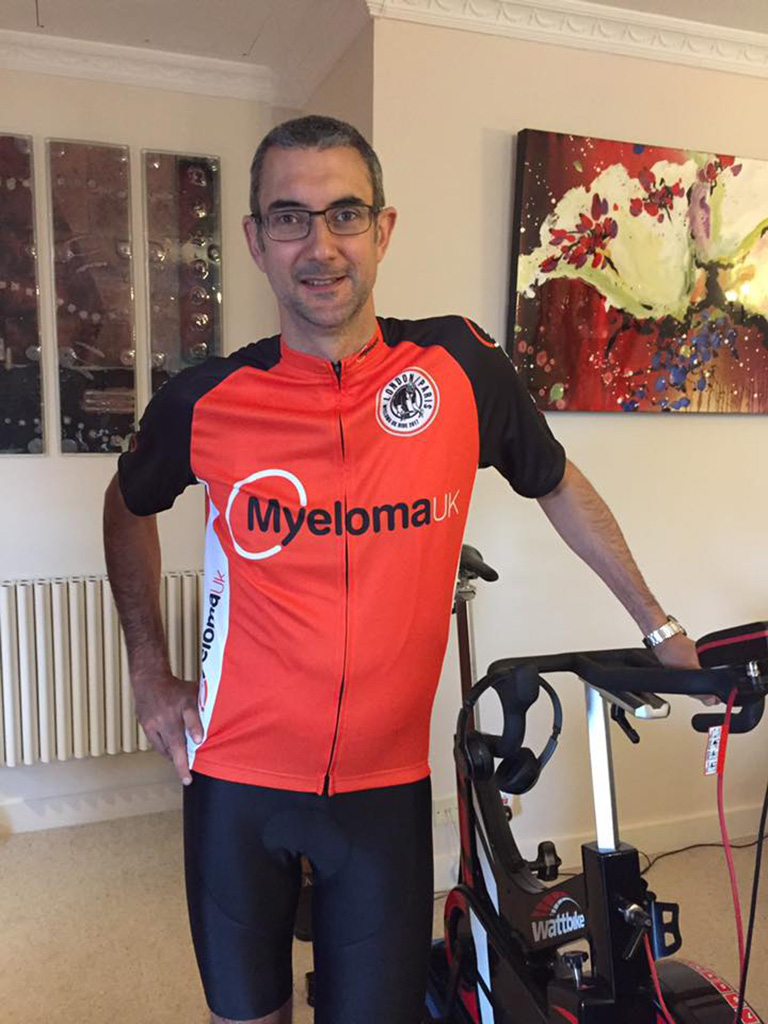 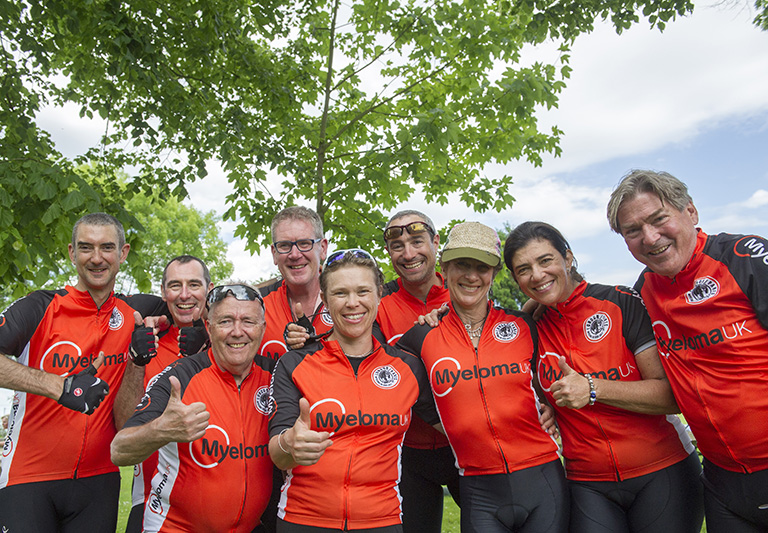